In order for the integration to work, your YouTrack installation must satisfy the following requirements:

Click the picture to view the short video about how the integration with GitHub works in YouTrack:
http://www.youtube.com/watch?v=3XfMvHdyOcU&feature=youtu.be

First, go into your project settings and choose the GitHub tab:

Now click the Add GitHub repository link. You will see the following window:

The above window requires an auth token. To make one, click the create OAuth token here link in the dialog. This takes you to GitHub. After providing the password, you should see the following: 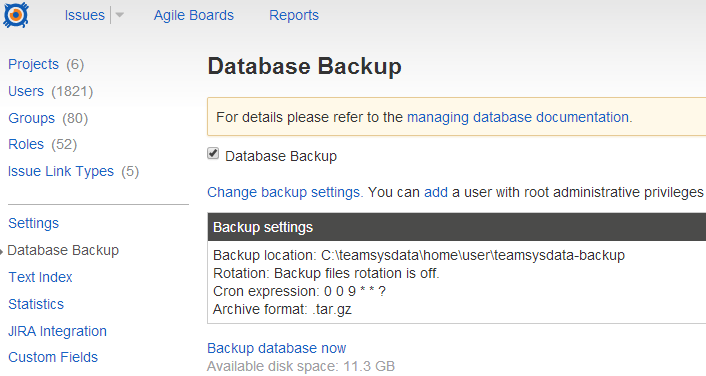 Give the token a name and create one! You only get to see the token once, so copy it to the clipboard and paste it into the YouTrack repository selection window. You can now pick the repository to attach to:

Please note that, in the above, you are only seeing your own repositories. If you need to access organizational repositories, make sure you select the Show repositories for another owner check box.

Having chosen the repository, you can now see it in the repository listings. The repository shows its name, who maintains it, whether the hook is enabled, what branch it takes changes from, and who is part of the committers for this repo.

To edit some of the settings, click the Edit link. 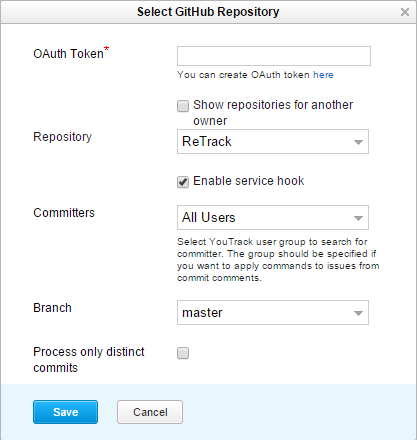 Click the Save button and you're ready to start working with GitHub integration.

First of all, let's take a look at how to close an issue using a commit message. For this to work, we need two things:

The ID part is fairly trivial, you can look it up in YouTrack. As far as IDs go, this is where things get interesting.

Essentially, on the most basic level, you can simply provide a set of commands (similar to what one would enter via the Command window), but prefixed by the hash (#) symbol and the issue ID, e.g.:

However, it would be unfair to constrain the user just by a set of commands for a single issue. So, the general syntax for sending commands is

In other words, a single commit message is capable of modifying several issues at once, each with a distinct commit message and set of commands being invoked.

Now for a hands-on example. Here's an issue that I have assigned to me: 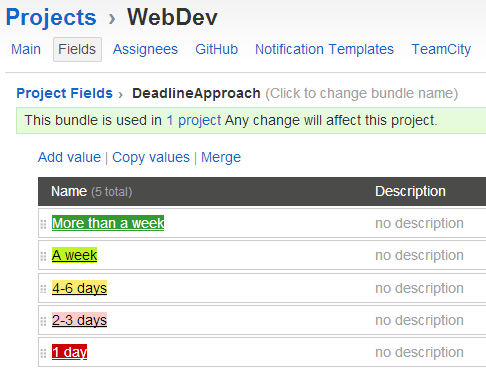 Now I can go off and fix this issue. To do so, I provide a commit message which sets the issue state to Fixed, but also alters the Subsystem field to contain the value UI.

I also provide a comment which appears just before the issue identifier. What's more, in that comment, I actually refer to a previous GitHub commit via its hash:

If you are wondering how to get that hash to begin with, simply go into Commits in GitHub and press the Copy full SHA link next to the commit:

The above comment has a hyperlink to the current commit, but also, the other commit hash that we included got turned into a hyperlink as well.