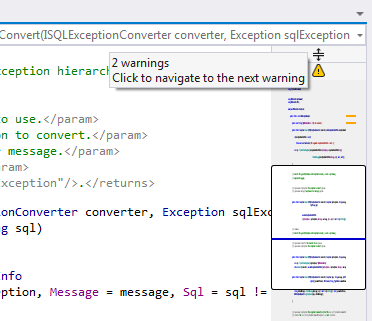 If you're using Visual Studio 2010 or later, ReSharper is now able to visualize a project dependency graph for a bird's eye view of dependencies within your solution, all without compiling anything! 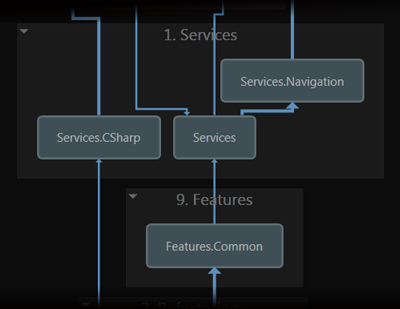 Thanks to the new Fix in Scope feature, you can choose to batch-fix some of the code issues that ReSharper detects in the scope of a project or the whole solution. Supported fixes include removing unused directives and redundant casts. 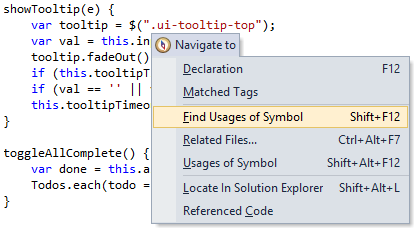 ReSharper's file templates can now be expanded to generate more than one file. For instance, this is handy for generating pairs of a main logic class and a class for extensions, or sets of partial files. 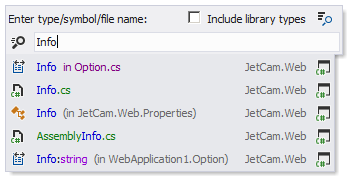 ReSharper 8 goes beyond Visual Studio: we now provide a free standalone tool with hundreds of ReSharper inspections and additionally a duplicate code finder that you can integrate with your CI server or version control system.

ReSharper 8.2 brings 140+ bug fixes that address issues discovered in prior 8.0.x and 8.1 releases including Quick Documentation fixes and other enhancements. Find Results and Inspection Results tool windows have been revised in ReSharper 8.1 to consume less memory, which is a great deal if you're looking for symbol usages on a regular basis.

Although it isn't a major focus of this release, ReSharper 8 introduces a set of new code inspections, quick-fixes and context actions. For example, for C#, there's a new quick-fix to convert recursive calls to iterative ones:

The set of fresh refactorings is headlined by the highly requested Move Instance Method to move methods between classes without making them static.

In addition, there are Inline Parameter and Pull Parameter, the latter being an intelligent scenario of Change Signature. Last but not least, we're also introducing new XAML-specific refactorings!

A plethora of new and improved functionality for all developers working with XAML code includes dedicated inspections and quick-fixes for grids as well as atomic renaming of dependency properties. 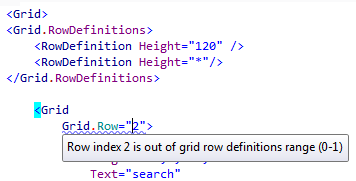 ReSharper 8.1 completes the picture with support for double completion in XAML and assorted typing assistance actions.

ReSharper 8 makes more of its IntelliSense magic available in automatic completion lists, including extension methods and an option to import a type.

We're also introducing double completion which gives you additional completion items when you press the corresponding shortcut for the second time. We've even made code generation actions accessible via code completion. 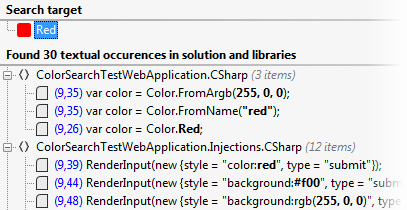 A new level of extensibility

The new NuGet-based Extension Manager makes discovery, installation and uninstallation of ReSharper extensions extremely easy in Visual Studio 2010 and higher. When we say extensions, we mean not only full-fledged plugins but also sets of templates or SSR patterns that can now be shared much easier.